The story of Vivian Maier

I’m a sucker for historical images and I recently stumbled on the amazing story of prolific street photographer and Chicago nanny Vivian Maier. Born in New York in 1926, Maier’s photographs depict street scenes in New York and Chicago in the 1950s-1970s. It seems few, if any, had ever seen her photographs during her lifetime since Vivian was a very private person and probably did not seek to publish her work. Her talents were discovered in 2007 by John Maloof who purchased a large box of negatives from her estate at auction. He quickly realized her photographs were exceptional urban images from a bygone era.

Maloof has gone about the ambitious task of acquiring, editing, and archiving over 100,000 of Vivian’s forgotten photographic negatives, and promoting her work by exhibitions, blogs, and potentially a documentary film. I personally applaud John who has the massive responsibility for editing Vivian’s work in order to preserve a treasure trove of nostalgic work of another artist. 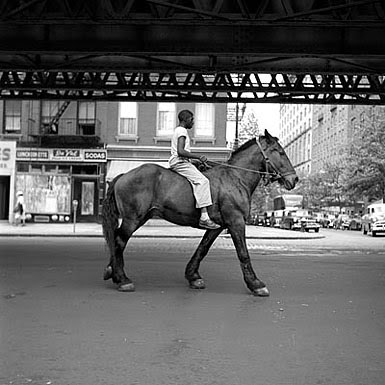 It’s neat how this story will literally unfold before our eyes as new work gets developed (there are tens of thousands of undeveloped rolls of film), edited, scanned, posted and eventually exhibited and published.

After much reading about Maier on the web two things seem very clear. 1) Most photographers almost universally love her work. Vivian has been championed as a hero who created beautiful photography just for the sake of art. 2) Art critics are not exactly welcoming this outsider with open arms. They compare her work with existing, familiar street shooters and are slow to compliment her intimate style. This is not surprising really, as the art world generally moves very slowly and academically. 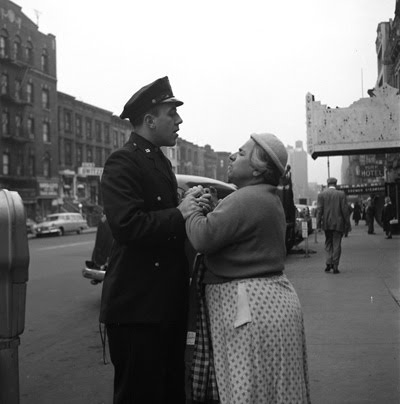 (All photos by Vivian Maier, posted with the permission of John Maloof)