I’ve finally given into the temptation to pick up a ringflash (read: budget) and after much research I decided to get a power pack system. Choosing the Ring Master ZRM1 by Paul C. Buff was almost a no-brainer. The component is extremely lightweight, fairly inexpensive (as far as ringflash heads go), and has plenty of power.

The power pack was more difficult to choose. The options were the Paul C. Buff Zeus Z1250 pack for $600, or a Dyna-Lite M1000_ or M2000_ series pack from eBay (M1000X, M1000E, M1000XL, M1000XR, or M1000WR). I had read online that the original M1000 and M2000 packs are incompatible with the ZRM1 due to cable differences, so that model was out. I found an M1000XR (late model) pack in great condition and won the auction for $518/shipped. In the end I decided to go with the Dyna-Lite mainly because it’s a tried, tested and true design with exceptional user reviews. Its low center of gravity prevents it from getting kicked over and (unlike the Zeus) its carrying handle is always available even when the flashhead is plugged in. Pretty minor design differences, but the M1000s are also readily-available used. I’m sure the Zeus Z1250 is a great pack and I actually think the the 5-stop flashpower output dimmer is easier to adjust on the Zeus than on Dyna-Lite packs.

The ZRM1 ring flash head has a 12′ cable that plugs into the power pack to give the flash and modeling lights power. This cable does not trigger the strobe however, so for that I picked up an (uncoiled) 15′ Paramount PC to AC (household) sync cable for $25/shipped. The PC sync cord is bound to my power pack cable with velcro every 3′. Since the ringflash needs to be hard-wired in order to get power I figured I may as well trigger my flash with a cable rather than wireless.

The Paramount PC sync cord is compatible with the Canon PC sync socket. I’ve found this brand of cable fits much better than the cords supplied with Paul C. Buff strobes and better than the screw-mount variety of cords. To keep the sync cable in place a 1/4″ strip of gaffers tape secures the cable to my Canon body.

The reasons I chose a pack system over an ABR800 AlienBees Ringflash are twofold. The AlienBees Ringflash will not overpower the sun under most circumstances and it’s also a pound heavier. That may not sound like much, but when shooting handheld-lightweight design is king in my book.

In addition to the ringflash head I picked up the 20º grid. It emphasizes the ringflash effect on subjects. It also makes the ringflash head unit heat up much faster so you’ve got to be extremely careful not to overheat the flash head with the modeling light. I haven’t had luck with the grid so far, but I’ll need to take some additional test shots to see if I’m going to keep it or ditch it for a Moon Unit softbox.

Build quality on my Dyna-Lite M pack is excellent. It is an old-school design that is durable, reliable and functional. The pack has blazing fast recycle time as well as a beep that tells you when the strobe is ready for the next shot. However, adjusting the power output on three separate switches (for one light) is not particularly user-friendly. The Zeus RingMaster plugs right into the M1000XR and everything works perfectly since the voltage and cable pins are identical.

The construction of the RingMaster leaves something to be desired. It feels like a plastic prototype just waiting for metal components. That being said, the parts are modular, lightweight, and easy to replace in case something breaks. Paul Buff stands behind his products so I’m sure that parts are readily-available and warrantied (or inexpensive). The modeling lights get very bright when powered up which is a great feature to prevent red-eye and to aid in focusing. 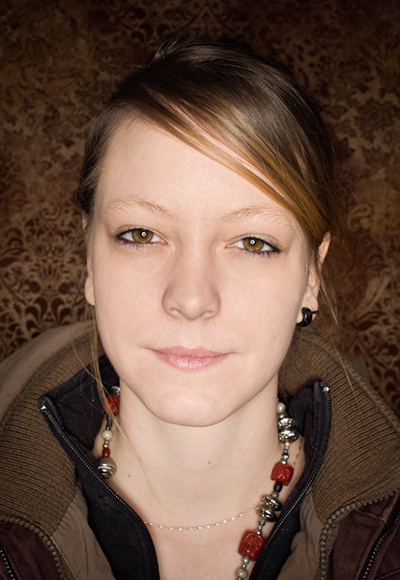 My photo assistant Maria was nice enough to stand in for some test shots of my new flash system. Here you can see the telltale “donut” catchlights in her pupils. You have to really get in your subject’s face in order to see the ringflash catchlights, because as you move back the light source appears smaller. ƒ/11, 1/125 second, ISO 100, M1000XR on minimum power (125 w/s), bare bulb (no front diffuser). 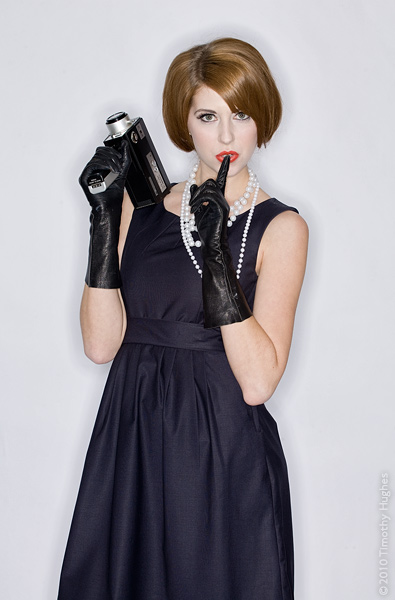 Here is another shot slightly further this time with the distinctive outer shadow from the ringflash on a white sweep. At this distance from the subject, the donut-shaped catchlights are solid small circles. ƒ/10, 1/125 second, ISO 100, bare bulb (no front diffuser or grid). 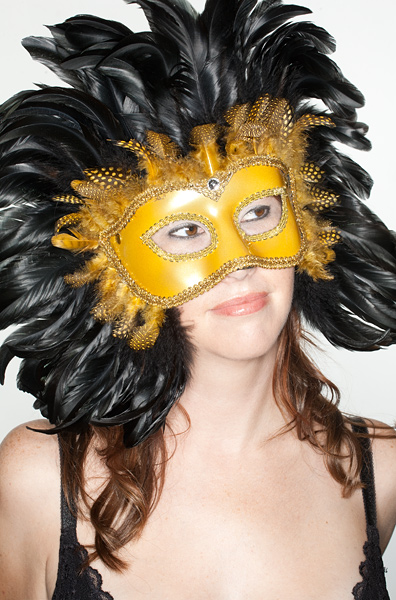 Shot with the ZRM1 with additional background lights. 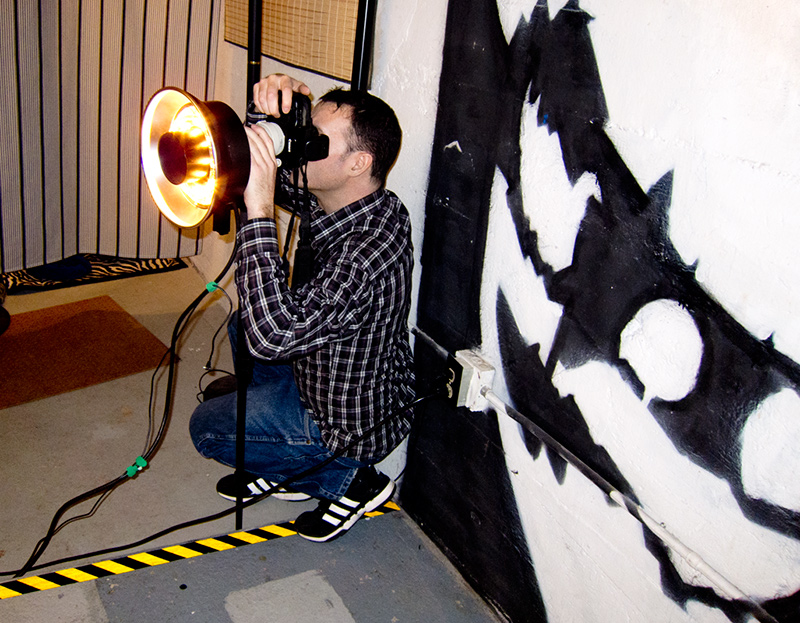 Behind the scenes shooting with the ZRM1 with monopod.

YOUR PHOTOGRAPHY IS LOVELY! 😀 Cant wait to see more 😀

Thank you Liliana! I’m glad you enjoy my work.

Wayan, I’ve yet to test the 20º grid with the ringlight. I will be adding a few sample photos to my review within the next week or so.

[…] Zeus Ringmaster ZRM1 and a Dynalite M1000XR ringflash system. Ring lights are fun to use once in a while. Maybe not for the model since the light is so bright, […]