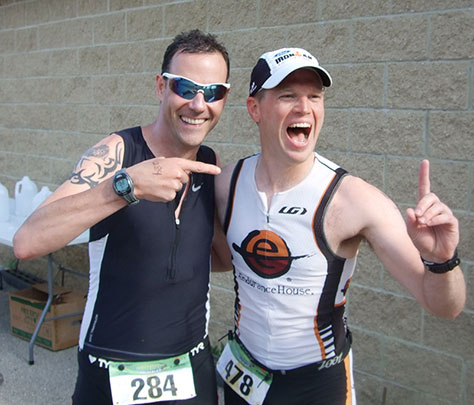 One of my favorite sprint distance races is just 12 miles from home in Verona, Wisconsin at a former limestone quarry called Fireman’s Park. This would mark the fourth year I’ve done this race and I’ve generally done well here in part due to the technical nature of the bike course.

I’d been taking Masters Swim at the UW Health Sports Medicine pool for a while so swim fitness was fairly good. All year, I’ve been able to get in the pack and just settle in. In previous years I had to push really, really hard throughout the swim (often times on my own) and results were quite varied. My swims this year have been much more efficient and this would be my fastest swim in the four years of racing here.

Getting on to my bike was uneventful, and my ride was decent. Due to the hilly course I didn’t really worry about what my heart rate data was reading because I’d spike my HR one minute and be recovering on a downhill the next. So there weren’t any magic numbers I’d try to hit or avoid on the course. The goal was just to push on the bike as much as I could and hopefully avoid the calf cramps I’d been plagued with in previous years from overriding.

At one point a guy passed me on a climb. Just beyond the crest of the hill was one of the largest downhill sections in the race. And he coasted. Now, this is a short distance race, and that section gets very fast. So fast in fact, that if you bomb the hill it mostly carries you up the next hill. I wasn’t about to pass this guy on a downhill section going 40 mph so I chose to coast as well. His strategy affected my race and it pissed me off and threw me off my game for a while.

Last year (2014) I actually rode about two minutes faster in the drizzle. I raced eight pounds heavier this year (oops!) but I feel at time of writing this post, I’m finally getting back to peak fitness. 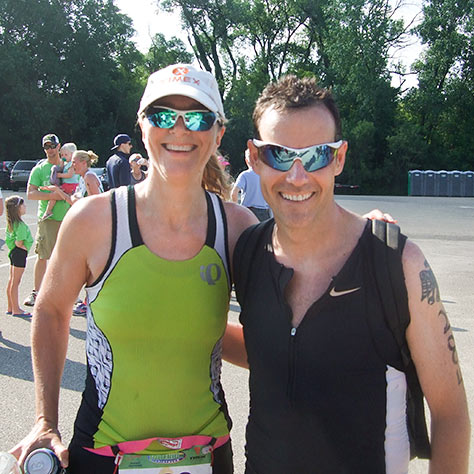 The run course this year was new. Rather than running up the gnarly hill on Locust Dr. we’d do an out and back on flatter terrain. I knew this would be a faster run course because that hill always took a lot out of athletes’ running legs. I knew this course well and the final mile is downhill and a great place to really push. 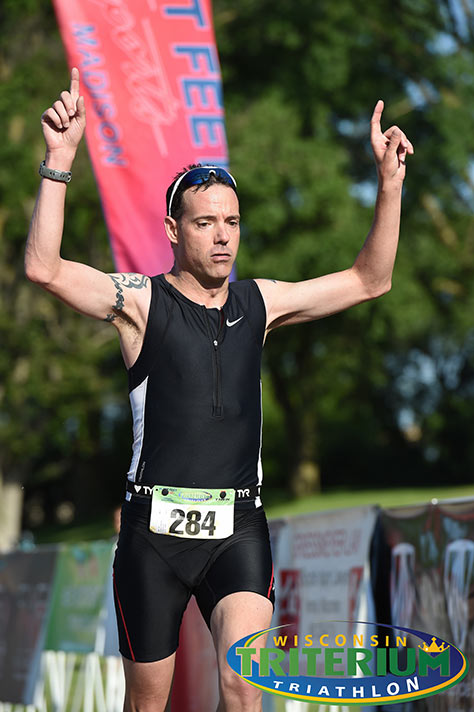 In the end, I’d go 11th overall on the day, winning my age group. My dad and Jane were there cheering as well and it turned out to be a great day! 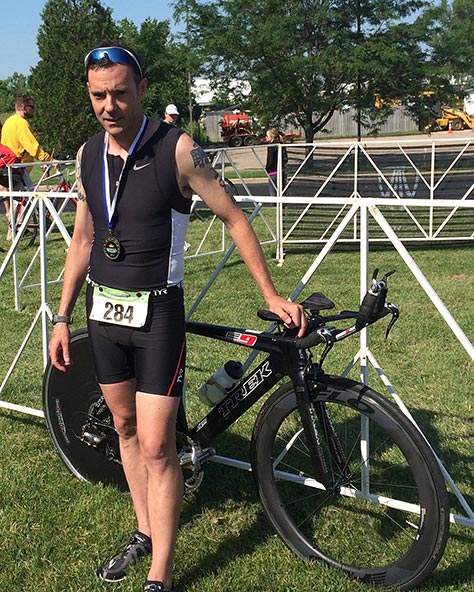