My triathlon season opened this morning with Capitol View Triathlon in Madison (Olympic distance). Training leading up to the race went as well as it could have and other than a few minor mechanical issues I was happy with my race plan and execution.

It was sprinkling and 60ºF when I woke up and I was really hoping it wouldn’t storm. I’m not a guy that bikes in the rain if I have a choice and they would have cancelled the swim with any chance of lightning. For breakfast I had a blueberry Clif Bar and a protein shake and it seemed to sit really well.

I took two private swim lessons during the off-season and both helped me with improving my stroke fundamentals. Having an expert analyze your stroke in order to make suggestions is a huge benefit to being faster and more efficient in the water. It just doesn’t make sense to spend countless hours in the pool if you’re not technically proficient. Full disclosure: my swim is still a work in progress.

It was a little chilly by the lake and I stayed bundled up in sweats until I absolutely had to. My wave started in the water (water temp. 65ºF) and my plan was to stay with the pack rather than swimming solo for the 1500m. It worked out well even though I got slightly confused in the last section of the swim when I saw red colored swim caps (my wave’s was yellow) in the pack. From then on, I was more careful with my sighting. Swim split: 27:21.3. I think I’m capable of shaving several minutes off that with pool time and a bit more stroke refinement with a coach.

Hopped on my bike and my goal was to build.  I recently heard an interview with über-biker Chris Lieto and he mentioned the importance of a build on a bike split. It would be easy to go out and burn all my matches in the first 20 miles of the bike course if I weren’t careful. My plan was to go out moderately and hammer on the 10 mile run back to transition. Today, there was a headwind on that last section of the course and I didn’t get the speeds I was looking for. Nevertheless, I did have a tailwind in my favor on the way out . Did have a few minor issues with bike mechanicals. Rather than boring you with details I’ll just add that I’m still learning about setting up the bike to go fast and that everything needs to be double and triple checked because parts will get out of whack as it’s ridden or transported. I ended up drinking one full bottle of sports drink on the bike and left a full one untouched. Would have left the second bottle (1.3 lb.) at home had I have known that.

Bike split: 1:18:54.9. That’s four minutes faster than I was able to attain when I made my practice runs on the course over the last few weeks so the race wheels, controlled roads, and aero helmet worked. 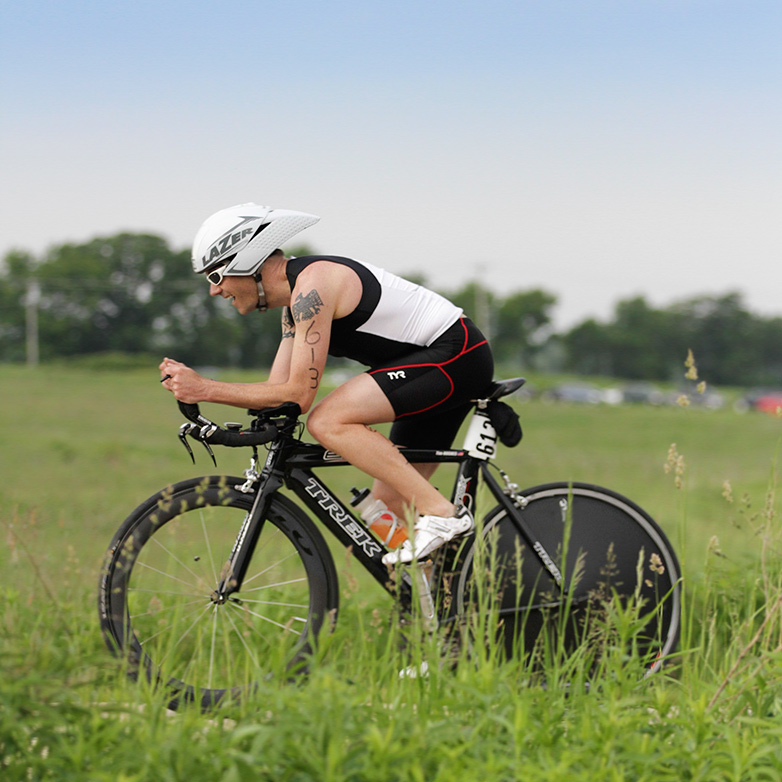 As usual, I went out fast on the run. Too fast. I was thinking of wearing a heart monitor during the race but elected against it at the last minute. I wish I would have because it probably would have helped. I also didn’t know the run course very well and it seemed like endless hills and loops. It was hot enough out that I dumped a few cups of water on my head at aid stations and it felt great. Absolutely perfect weather for the race! I ended up with a 49:02.8 run split (7:53 pace), but I think I’m capable of a run several minutes faster. It’s really just a matter of finding my optimum pace and sticking to it. 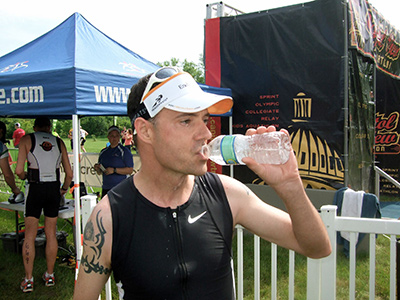 Overall, my race was fun. It’s easy to get wrapped up in competing and PRs and all that. Everything went smoothly and there were no big surprises good or bad. Once again, I find myself looking at places I can improve to shave a few minutes off my time and I think with training and experience that will happen! 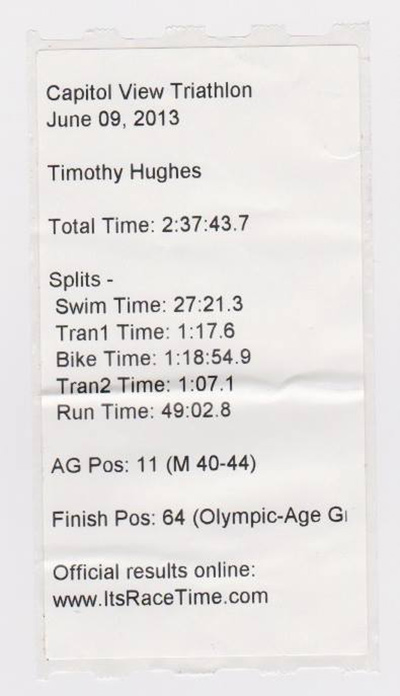 My tri bike is race ready!