I got my Fujifilm X100 on May 19th and sat down with it to learn its unique ways. Coming from an SLR (Canon) and a Fuji F30 (point and shoot) background, the camera does not seem intuitive and I had to consult the manual several times. Eventually, I got the settings approximately where I wanted them and went to downtown Madison in order to snap some frames.

A few things I quickly noticed were:
• Start up/wake up from sleep mode are pretty slow.
• There’s some serious lag between shots, not sure why the data isn’t sent to the buffer. With my Class 10 SD card a RAW file takes a few seconds to write.
• Virtually silent operation when the volumes are off.
• Impossible to manually focus by eye. Rather, manual focus can be achieved by use of the digital distance scale found in the displays. It may come in handy someday but I’m very used to autofocus so I’ve gone that route.
• Difficult to throw subjects out of focus with the 23mm optical prime. Even at f/2-f/2.8 you need to be pretty close to get some decent bokeh. If you’ve seen Chris Weeks’ photos shots wide open with a Leica f/1.4 you’re gonna have a heck of a time trying to replicate it.
• Street photography is more difficult than I had thought. You need to get really close with a 35mm to fill the frame.
• I definitely need a lens hood. The front element is simply not protected. I have a few options ordered on eBay that should be here soon. Both involve using a step down ring adapter to attach the metal hood.
• I also use a GGS glass LCD protector. It sticks onto the LCD screen and keeps it from getting scratched. Once applied you won’t even notice it’s on. 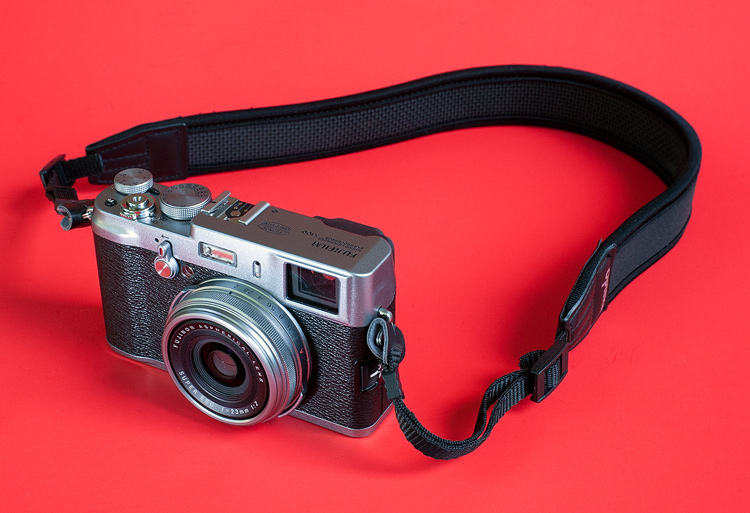 My X100 with ultra-plush neoprene Opteka strap. I keep the strap short to keep the camera resting on my chest. Then if I have my D-SLR with me it sits well below the rangefinder.

With the X100 I’ve found myself shooting almost exclusively in .jpg mode rather than RAW. The noise reduction and image processing Fuji uses is stellar and saves me having to use NoiseNinja in post. Additionally, .jpg write time is much, much faster. 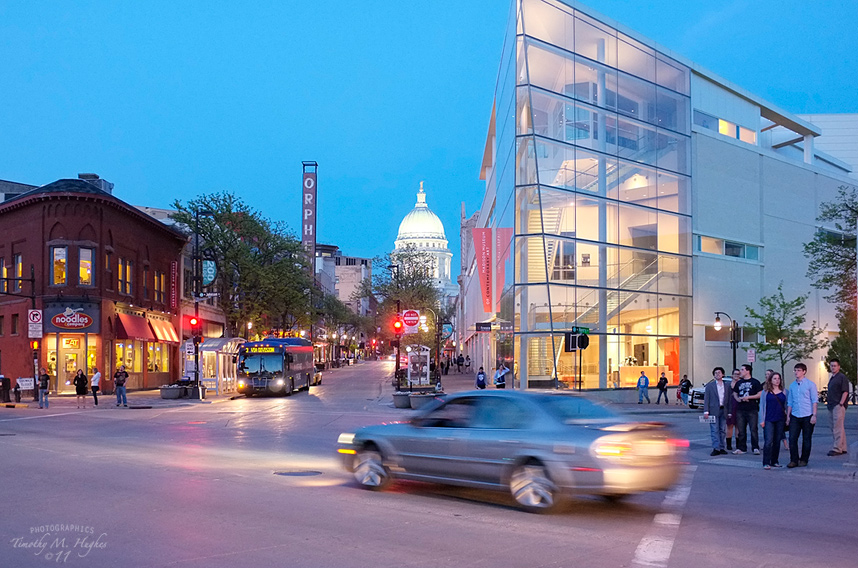 Needless to say, the X100 really shines at street photography. 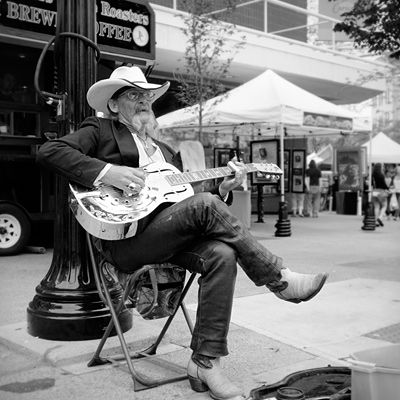 It’s light and easy to carry around and only attracts attention from hardcore camera buffs. In four days I’ve been stopped twice by people asking if it’s the rumored X100.

One thing that is rather tricky is getting used to composing the photos switching between the optical (OVF) and electronic viewfinder (EVF). I didn’t anticipate myself really using the digital viewfinder prior to getting the camera… I figured I’d be an optical purist. In low light the digital viewfinder is incredible-amplifying the scene to brighter levels than the eye can see. It also covers 100% of the shot. Whereas, the optical covers more and you need to use guidelines to compose. Not something I’m yet used to. 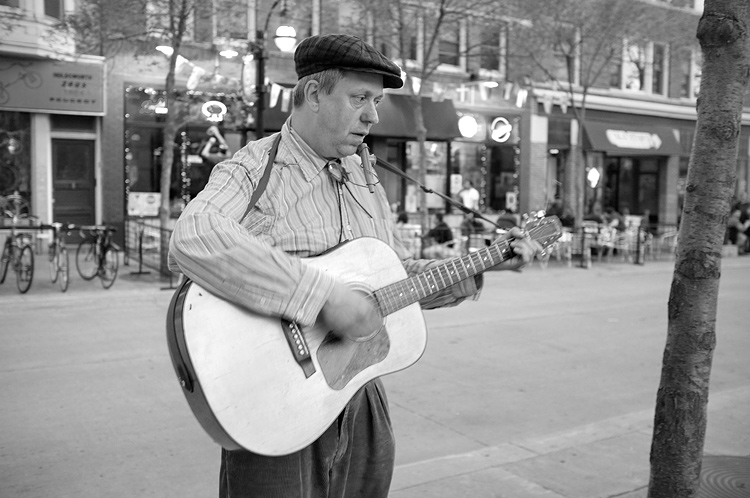 As I’ve slowly gotten used to the camera, I have grown much more accustomed to how the menus are laid out. I often shoot in aperture priority mode so that exposure is consistent from shot-to-shot without having to switch up. 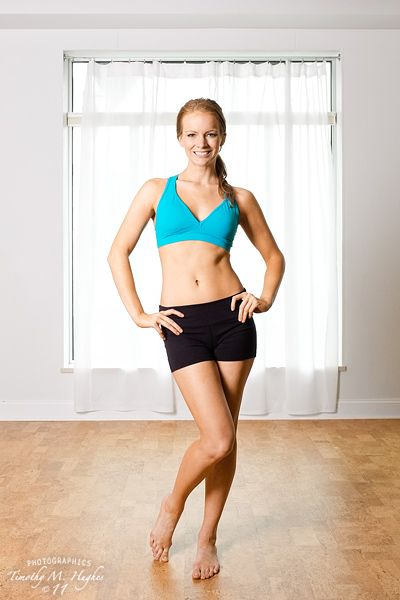 It seems the strengths of the camera are the industrial design and low-light performance. It certainly doesn’t handle as capable as a modern D-SLR in many other aspects. Nevertheless, its images are very impressive for a camera in such a small and good-looking package. 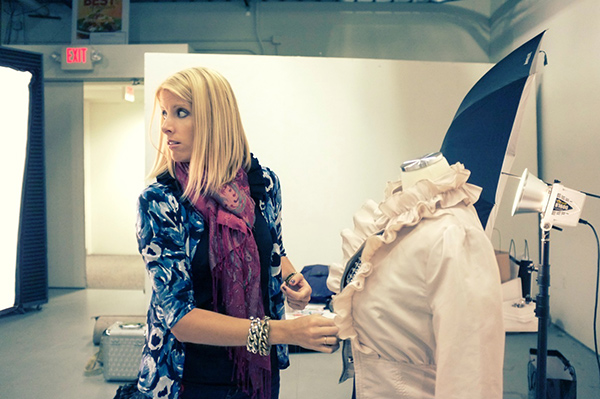 Behind the scenes at an editorial photo shoot using available light with the X100 (cross processed).

Good review, agree with most of your points …

Class 10 or not, it doesn’t give a damn until you format the card prior to using it.