Had a fairly good year of racing in 2016 and met a goal pace that I wasn’t sure I would be able to hit. Also fell short in a couple of spots and will need to improve on those areas.

2016 fitness and freshness graph from my Strava data

My first race was Capitol View Triathlon on June 12. As you can see from the chart above, I started ramping up training in mid March and was quite fit by June. I held that fitness throughout the season and started to fade in early September. This was a fairly typically year for me and I have a hard time staying focused in training over too many months. Since I do short course racing in order to stay sharp I do a few hard interval seasons per week which are at race pace or faster than race pace (read: tough days).

The olympic distance Capitol View Triathlon was a high-priority race for me and I’d done a lot of swimming in the off season. Something like two or three 45 minute sessions per week. That’s not a lot by elite standards at all but it was a relatively high percentage of my overall training load. I hadn’t done any open water swims before the race and I was horribly slow in the choppy waters of the lake. I had made up my mind before the race, that I’d focus on having a good swim at Cap View to see if I can compete at the distance. If I could, I’d step up to standard course or middle distance racing. It didn’t go as planned and I was really frustrated but… it told me what I needed to know in terms of strengths and weaknesses.

My next race would be three weeks later in Mount Horeb [race report]. I went into that one full of piss and vinegar and had a good race right up until I hit the first big hills in the off-road run course. As fit as I was, I was not prepared for the steep trails. It wasn’t pretty but I finished sixth overall after a solid swim and a decent bike split.

It would be a full two months until my next race in Belleville. In hindsight, I should have taken a week off and then started a new build, but instead I kept up high intensity/speedwork for eight weeks. Aggggh, bad call. Soon after that race I was mentally beat from training. I went into Devil’s Challenge without a lot of pep in my step. It was sort of cold there again this year and by that time of the season I am sort of over it. Next year’s season is scheduled to end for me on August 27! Any races after that are just gravy.

I still hit my 5k run pr in late Sept. with a chip time of 19:19 and a fifth place overall in the race. I was and still am pretty proud of that effort. At that time I weighed 132 lb. and my VDOT was around 51. After that one, I hung up the racing shoes for the year and took three weeks off. And I mean off. No swimming, no Zwift, no easy runs, just chillin’ and catching up on work.

I took my first FTP test in the off season and hammered it pretty good that day. To be honest, I’m not sure I really increased my power that much over the year, but instead maintained that power number and increased my endurance so I could sustain that over a race and still run afterwards. This year, I’m hoping to add a bit of power on the bike now that I know I won’t melt if I put out over 200w. 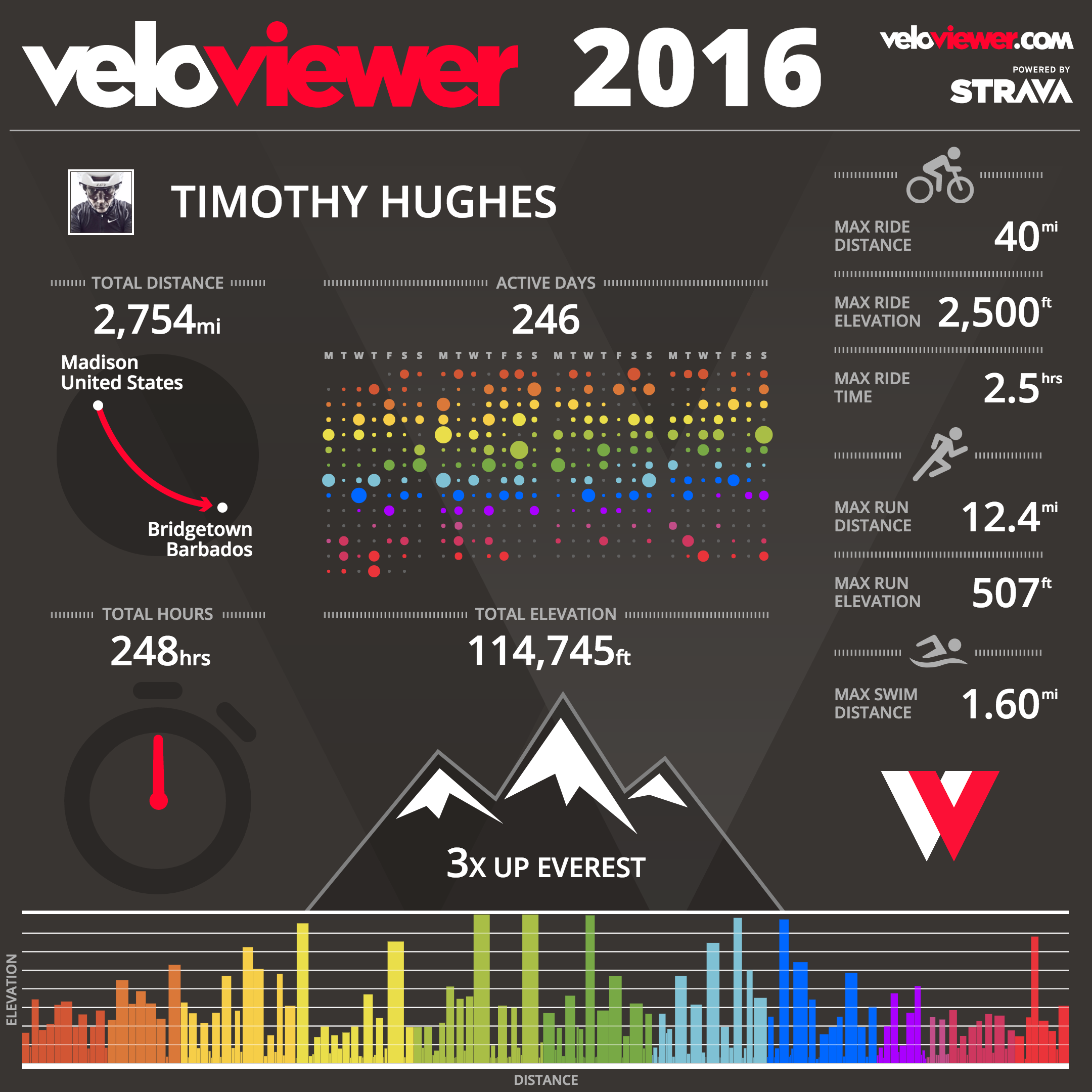 Here is what I have lined up so far next year: May 6, Lake Monona 20k, Fleet Feet Aquathon Series (5 races), June 24, Wisconsin Triterium, July 8, Pardeeville Triathlon, August 27, Sugar River Triathlon. I’m looking forward to starting the season early and ending it in late August, unless I feel like tacking on an additional race or two. 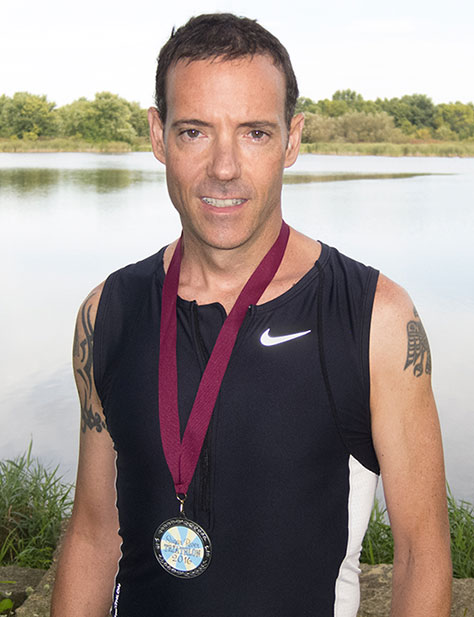 Professionally, I had an amazing year. I shot the photos for a third book which will be coming out next year, and I starting shooting some more video features. I got to photograph several professional athletes and shot quite a lot of action sports. I picked up a Rode microphone and a 14mm wide angle lens and am looking at picking up a Canon 5D Mark IV to replace my EOS 6D.

I visited the Mayan Riviera in February and have planned a trip to Cozumel in early February again next year. I’m psyched because I have a direct flight from Milwaukee and am staying at hostel there that looks rad. I haven’t yet researched the current state of scuba diving the reefs in Coz. but I know the last time I was on the island, I spent about half my time underwater. I plan to contact the same little dive outfit I used ten or so years ago.

Like many people this year, I loved the Stranger Things series on Netflix. I don’t know how they’ll be able to match the intrigue of the first season but I plan to watch season two next year regardless.

I don’t really have any resolutions in mind for 2017, other than to focus on family and personal happiness. I love all the gadgets I have, but I also fully realize they can complicate my life rather than fulfill it so it might be a year for me to start reducing possessions. I plan to read a few good books and dust of my DJ mixing console as well.

My favorite songs of 2016 were: All the Birds by Lou Rhodes (ultra chill), Lit Up by Phace (drum ‘n’ bass) and Transition by SLV (techno). My favorite DJ mix from the year was: Scuba Hotflush on Air Episode # 07.