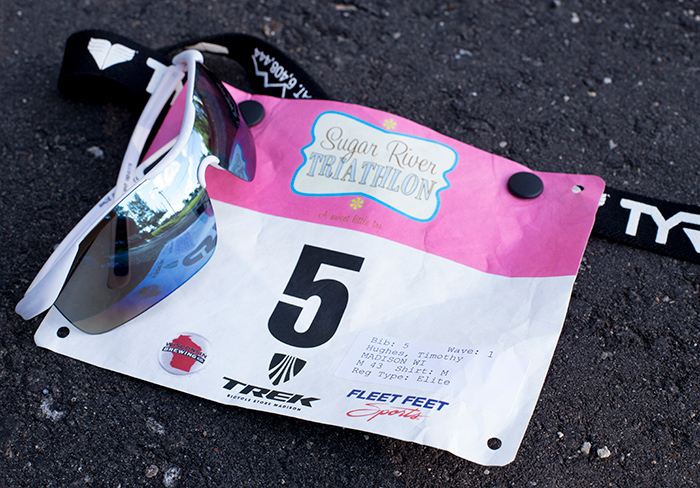 Wasn’t sure what to expect in Belleville this morning since I had missed a full week of swim training (doctor’s orders) due to a frustrating bike crash I had two weeks ago. After the mishap, I took my lumps, fixed my bike and tried to put the wreck behind me.

The fog was heavy in the morning and it made for some interesting conditions. The race start was delayed by five minutes due to the low visibility since swimmers must be able to see the turn buoys in order to navigate the open water course. In the swim scrum I got bumped into more than usual in the first half of the race. As always, I just continued to focus on swimming forward and everything always sorts itself out. After the second buoy I sort of veered off course and was basically on my own for the remainder of the swim. 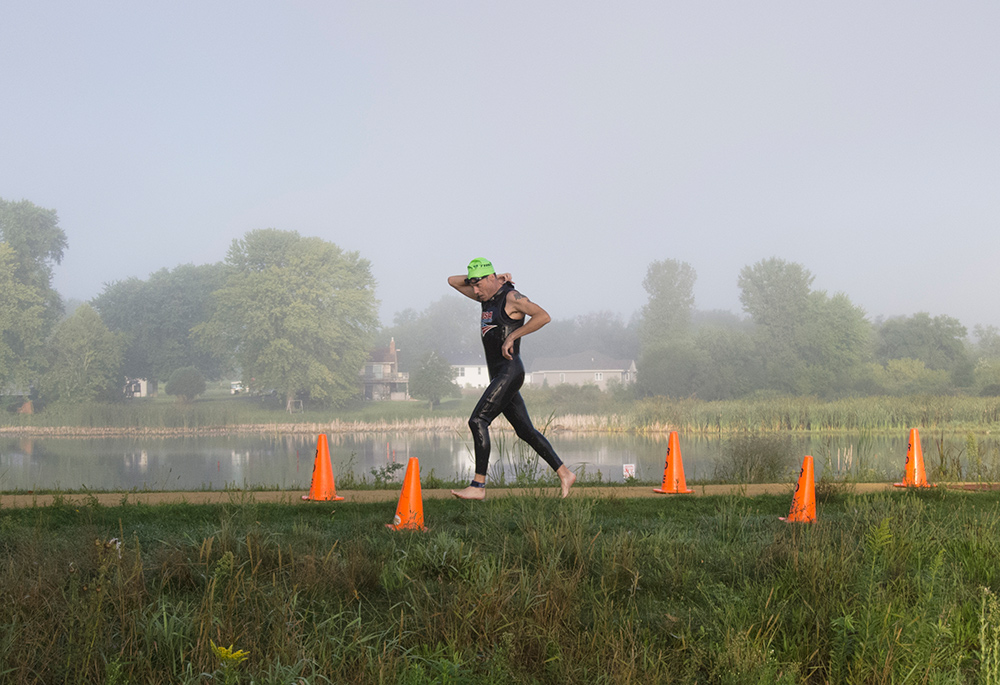 My dad took this photo right after I exited the swim. It’s one of my favorite race photos!

I put my helmet and sunnies on when I got to my bike and my lenses were completed fogged over. I debated just leaving them behind and riding without eyewear, but I kept them on and had to ride out slowly just so I could see the course. After about a minute the fog cleared and I was back to race mode. My plan was to ride a steady pace but when I got passed at mile two by an athlete who wasn’t moving fast enough for my liking and I burned a match or two passing him. This would happen a few times throughout the race.

There were two fairly large hills on the course and I was happy with my climbing pace. I did fight cramps (calves) for much of the ride but I’m no stranger to doing that on the bike. Through research I’ve got the cause narrowed down to only five possibilities though, lol! The bike dismount line came on a bit before I was fully-prepared and consequently my bike dismount sucked. 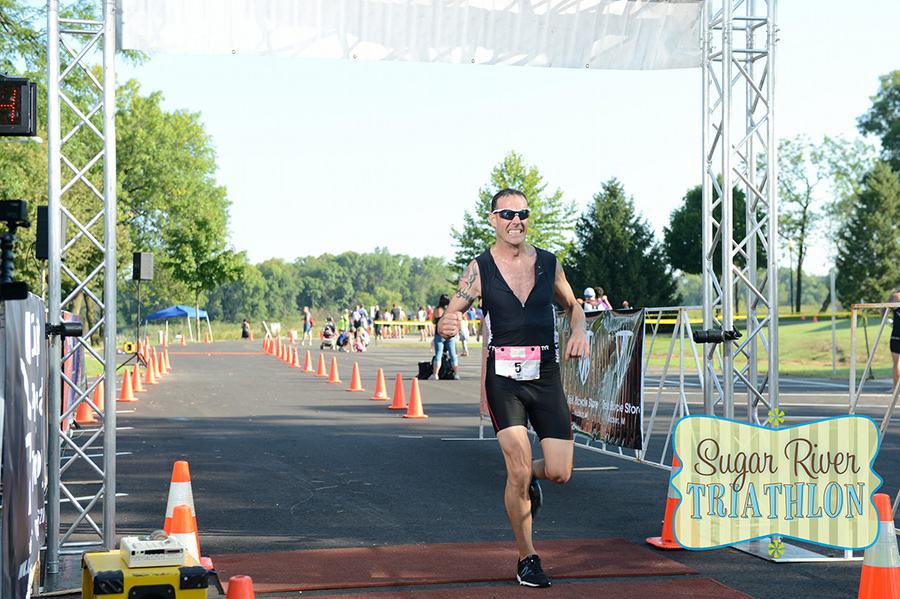 I was happy to start the run split of the race because my race had not gone as well as I would have liked up until this point. Got my flats on quickly and it took me a while to get running at race pace. I passed a few runners on the 5k and tried to really use my best form to run efficiently.

An 8:05 swim, 20.6 mph bike, and a 20:02 5k run (new PR) would be enough for me to win first place in my division. I couldn’t be more pleased with the results and I’ll take a day or two off this week before preparing for the seventh and final race of my season–Devil’s Challenge Tri in Devil’s Lake. 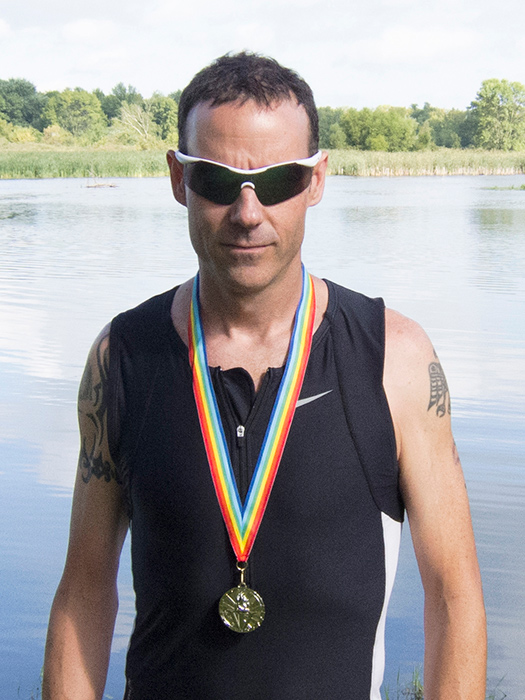 Beautiful summer morning for a race and won first place in my age group!

Thanks to Race Day Events for organizing a great, local tri series, the sponsors of the events for the awesome swag and support, the volunteers who help things run smoothly on race day, and to my dad and Jane for cheering me on all season!

Some photos from the Ironman Wisconsin run course