I’ve been watching curiously as Godox launches a new line of strobes seemingly every few months. It’s confusing why they have such an extensive selection of lights, but it’s their production costs, not mine! It took me a lot of time to navigate through their product lines before finally choosing the DP400III for its performance specs and price. 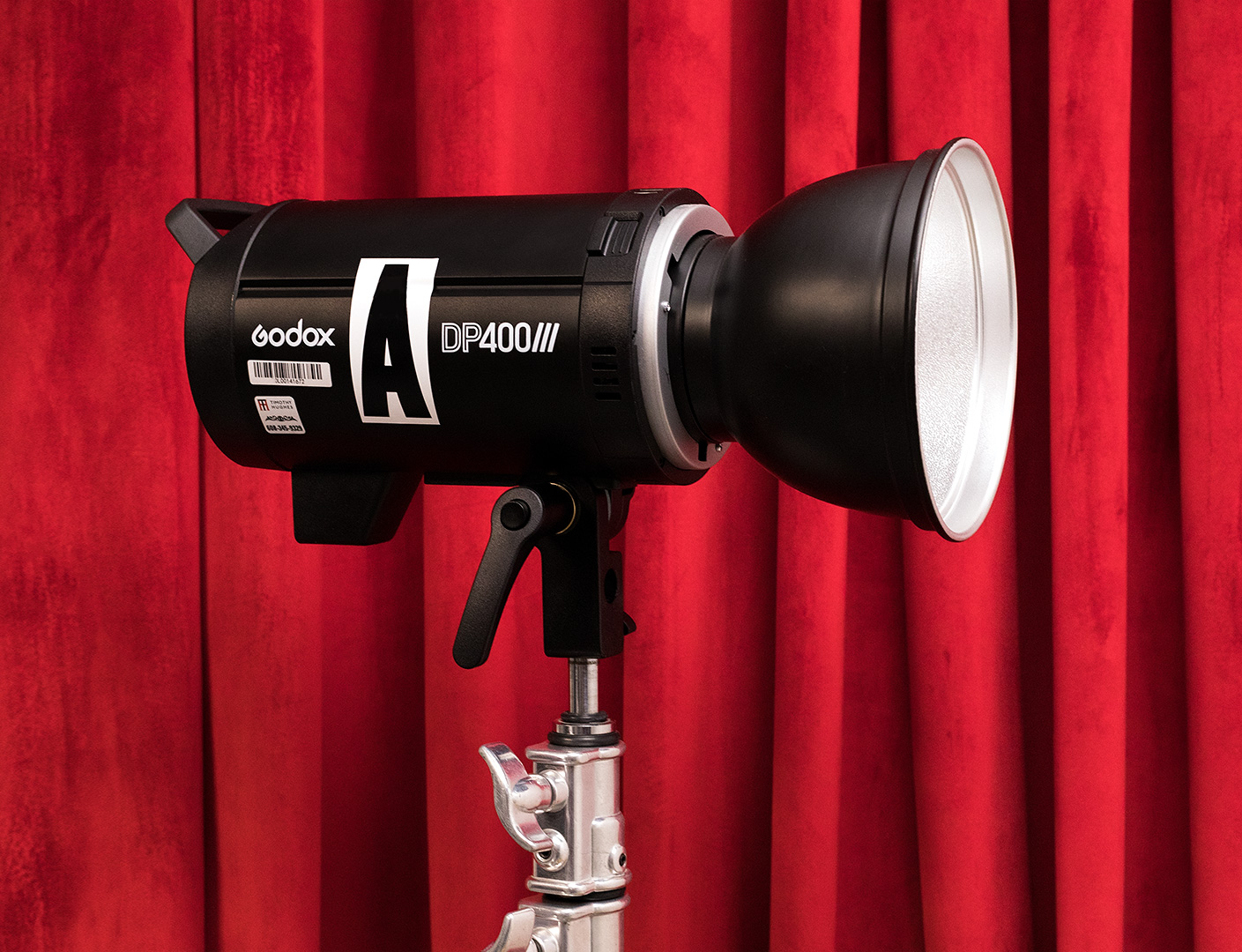 DP400III flash in my studio

I have a nice collection of the more expensive, battery-powered Godox lights. And I’ve gotten in a habit of using an LED video light on my sets to illuminate my subjects since the modeling lights on the battery-powered strobes are insufficient in many cases. With Godox now producing some high-quality AC monolights, I decided to try one to use as a key light in my studio which has electrical outlets all over the place. The DPIII series has a built-in receiver compatible with Godox X2, XPro, XT32, FT-16, and Flashpoint R2 remotes.

With a 150w modeling lamp and 400Ws of power, I decided on trying a DP400III at my space. The first thing I noticed is how huge this flash is by today’s standards. With a length of 16.5″, this is not going to fit compactly in any gear bags and at 5.6 lb. it’s not a lightweight piece of kit either. I did not buy this monster for portability though. I wanted a reliable, high-quality light at my studio without having to worry about batteries on full-day shoots.

Using a stopwatch, I timed the recycle time at full power at ~1.5 seconds which is slower than advertised. The fan runs full-time when the light is on but it’s moderately quiet. The status beep is a bit loud for my taste but it can be turned off if desired.

The biggest headache for me, is the lack of auto-dump on the flash. That means if you turn the power of the flash down, you have to pop the strobe (with the test button) once before seeing the change. It’s my opinion that modern flashes should all have auto-dump built in to the electronics. 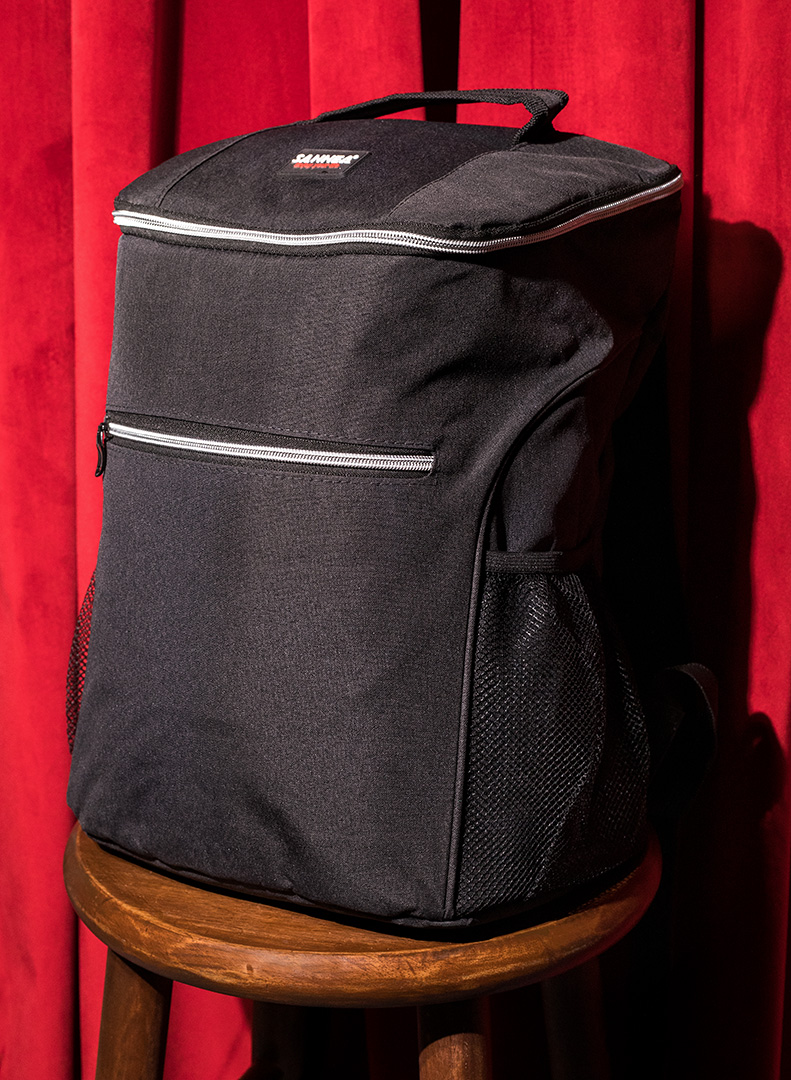 Carrying case for my DP400III not included.

Though a carrying case and Bowens mount reflector are not included, I already had both on hand. Shown in the photo of the bag above is the studio flash, cord, and a 7″ reflector. There is additional room for a remote and gizmos in the front and side pockets. The bag is a padded 20L backpack cooler made by Sanne and it’s available on eBay and Aliexpress for around $18. Incidentally, this bag also nicely holds a Godox SL60w.

I saw some reviewers claim the flash has high-speed sync (HSS) capabilities, but I tested mine with my Godox XProC wireless trigger in HSS mode and the frames from my Canon 5D MkIV were only half-exposed after trying a few different shutter speed settings over 5D4 sync speed (1/200). Maybe HSS works with some mirrorless camera systems, but the feature is not listed in the Godox specs and it doesn’t work with my DSLR.

The build quality seems very good to me. Many of the parts are metal which is rare to see these days. The light stand mount uses the same excellent, metal assembly used in the Godox AD600 Pro. The display panel is somewhat protected by the handle, but also putting it recessed behind a bumper would be ideal. One could easily run a commercial photo studio with a handful of lights in the DPIII series, and overall I’m pretty impressed by the value of these lights.