A Rant About Rechargeable Strobe Batteries

I see more and more lighting manufacturers are building strobes and constant lights with batteries built in-and consumers are absolutely eating it up. For them, the convenience of a light not requiring a power cord and outlet outweighs all the drawbacks of a proprietary battery.

A proprietary battery is a specialized power source for an electronic device that is sometimes, but not always replaceable. In a device like an iPhone it is replaceable by a technician, but in my mp3 player or bike computer it’s not replaceable whatsoever.

There are different Lithium-Ion batteries (and separate chargers) made for the Godox AD600, AD400, AD600Pro, Profoto B1, B10, and the list goes on and on. All of these batteries cost over $100 each and none include an AC option to just… plug in. In the case of these strobe batteries, the development of the batteries has evolved quickly in response to faster flash recycle rates on the strobes. It’s great that flashes are recycling faster than ever, but at what cost?

One of my favorite industrial designs is the Vagabond Mini Lithium battery pack manufactured by Paul C. Buff, Inc. At 3.5 lb. (without the superclamp shown) the pure-sine wave battery pack powers strobes, video lights, recharges camera or phone batteries, and even has a user replaceable 14.8v rechargeable battery. The pack can be clamped to the bottom of a light stand which helps stabilize the stand like a properly-placed sand bag! A heavy Li-ion battery built into a monolight makes a light stand top-heavy and more likely to topple over which is a very real issue. The Vagabond series packs are quite reliable and I’m going to be putting mine into service to power my new video lights when I’m on location using one battery pack per light. 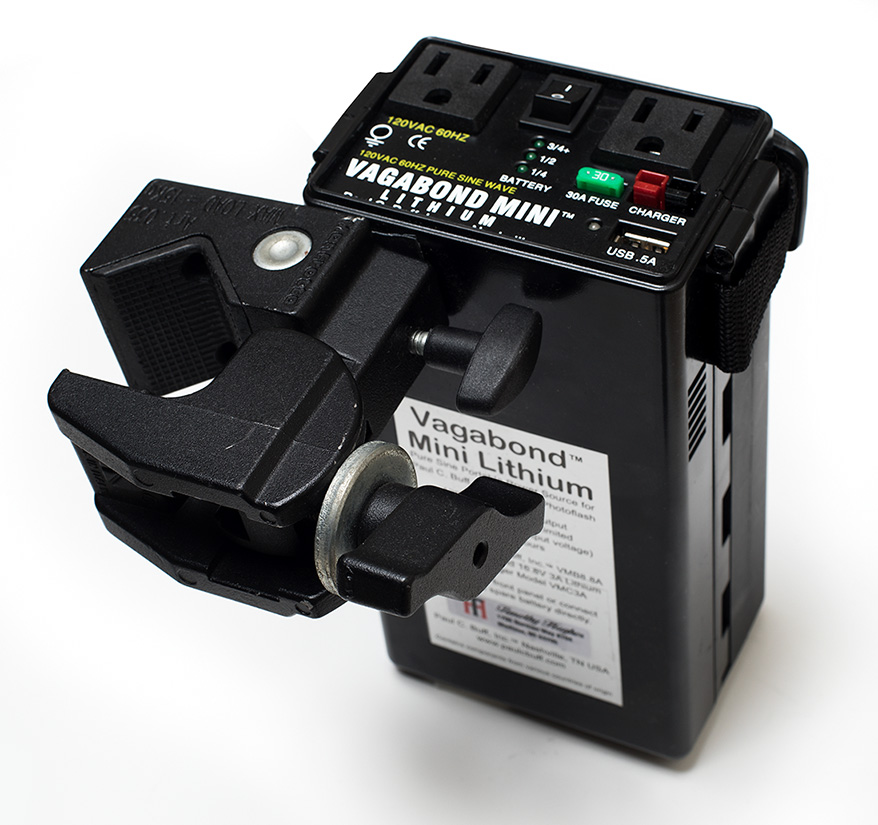 Batteries only have a certain number of charges/discharges before they expire (cycle life) and occasionally they just die (battery burst) leaving you with nothing. In ten years, my MacBook Pro laptop has had two Li-ion battery bursts where the battery didn’t explode per se, but the chemicals did blow straight through its battery enclosure which is both frightening and expensive to replace. Additionally, Apple discontinued the battery so I am required to purchase it as an aftermarket part when I want a new one.

Perhaps you’ve guessed where I’m going with this. In five or ten years are you going to be able to replace the proprietary battery in your expensive photo strobe or constant light when it dies? I’d like to hope so, but there certainly are no guarantees.

I don’t have a perfect solution to some of the drawbacks noted, there simply isn’t one. Overall, I really like my Godox lights but sometimes I just wish they were more futureproof.

“and none include an AC option to just… plug in.” You are completely mistaken and speaking without first verifying this statement. Flashpoint sells an AC Adapter for both the 400 Pro (pictured) and the 600 both original and pro. I have and use both. You must be getting paid by Buff to push the Vagabond as an alternative.

“and none include an AC option to just… plug in.”
What part of this are you disagreeing with again?

The premise that they aren’t available and will render the unit obsolete. These are designed and marketed as a PORTABLE strobe with a battery. They don’t include the AC Adapter as a way to keep the price lower. Not everyone is going to want an AC Adapter. You just make it sound like the whole premise of the strobe is a failure and dead end with you post, when in fact, those who buy these already UNDERSTAND that batteries have a limited life. Again, you must be getting a spiff from Buff to sell the Vagabond. And if your literal ‘hair-splitting’ about the “included” is all you have, that makes these units “suck” I am done with this conversation.

If you really want to stabilize it… use a vagabond 2… 😉

… and since I can still by a 600 watt strobe that lasts 5-10years for the price of a Sony/Nikon/Canon speedlight, I’m TOTALLY ok with that.